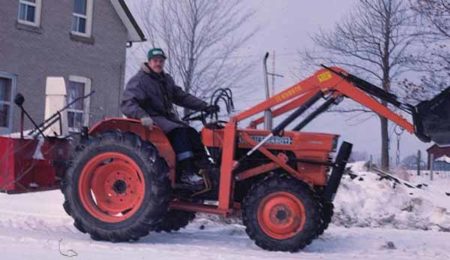 Many donors have creative ways to raise money, but Roland Kuerzdoerfer’s was unique! Roland, who passed away in 2017, was a loyal supporter who never missed a chance to help. His wife Marja says he used to watch out the window when it snowed. Their “crooked little house” is in Ontario’s ski country, which sees a lot of snow and slippery roads. Roland knew that with snow, came opportunity.

Roland would watch a car slide into a snow bank and go to rescue the passengers, but first, he’d ask them to donate to Operation Eyesight. Everyone paid up.

The road is now paved, and few get stuck. We’re very grateful for Roland’s creativity and for Marja’s long-time support! Thank you!

As Roland knew, there are many ways that you can support our sight-saving work. Learn more here.